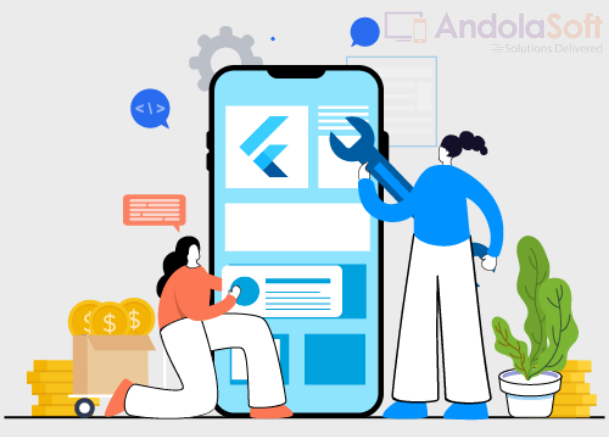 As the numbers of smartphone users are increasing worldwide, which has helped many businesses and startups think of developing a robust mobile application. This helps them to stand at the top in the competitive market.

Flutter is defined as the open-source software development framework launched by Google. It has obtained high recognition in the Flutter app development market because of its unique approach. The specific framework develops apps for multiple platforms as it has got the best from both cross-platform and native development.

Based on data from 2020, there are almost 1.96 millions Flutter-based apps present in Google Play Store. This has transformed the position of India in the app development industry and enhanced the demand for mobile app development services. 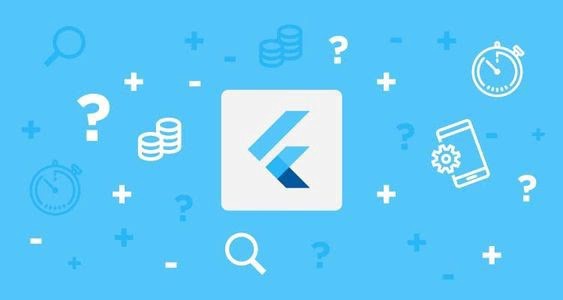 What does Flutter provide?

Why to use Flutter for cross-platform app development:

There are multiple reasons behind using Flutter. With Flutter cross platform you can get several benefits such as:

Flutter makes it possible to use one code base for both the app platforms like Android & iOS. It makes sure to minimize your app development cost.

The number of resources required for building apps with Flutter would be less in comparison to other available platforms. Applying a single code base is a cost-effective method used by the framework to design easily manageable apps.

As Flutter has been introduced by Google, full support is available from the material design team. This has made app development tasks a lot easier for those who have just started to learn.

With the cross platform the developers can write the code language once and use it again for other platforms. By using the single code, the developers get to develop iOS and Android apps.

The flutter for web has its own widgets and designs. Hence, it becomes a lot easier to create a flutter cross platform application.

Just like other progressive languages, Flutter makes use of widgets as the core element. These widgets permit developers to find out what they’re doing with the code and save the overall development time that wastes in making basic user-interface elements for different platforms. It is the most important aspect of  Flutter that makes it beneficial and favorable for developers.

While using Flutter, developers just need to create a single UI element and it can be used for any screen. On the other hand, this saves time for Quality specialists, as they wouldn’t have to perform the testing for the Flutter mobile app design on different devices with different screens sizes.

Flutter contains the widget toolkit, but all components perform natively. It gives a native app-like experience and boosts performance. To get the best experience with Flutter, you can even take mobile app development services from known companies in India.

Flutter is basically an advanced framework that uses a specific communication method for connecting data to the native languages. It uses Platform Channels for linking which helps developers to access hardware.

When you use Flutter, it has libraries that let you establish connections with device hardware like microphones, cameras, and GPS chips. You can complete all essential tasks using Flutter libraries.

Flutter has been considered as one of the amazing frameworks that ensure standard performance. It is even better and powerful in comparison to other cross-platform technologies.

The current standard of this framework is 60 (FPS) which makes it completely unique. For the smooth appearance of screens, Flutter uses JavaScript Bridge.

Particular development tools such as Flutter Inspector and Dart Analysis assist developers to analyze their code and maintain the highest level of performance.

There are also some similar tools present in Android Studio that helps in optimizing and debugging the code. For the expected outcome, approaching Flutter app development companies can also be a good idea.

Developers found Flutter as the most useful framework for cross-platform app development. There are multiple reasons behind its popularity:

The Flutter community is increasing every year. Now, the number of GitHub stars has grown from sixty-four thousand to one lakh seventeen thousand.

It shows the interest of the development community in Flutter. This community is still increasing as lots of developers are contributing to it and improving the framework.

The latest  1.17 version of Flutter has done a lot of improvisation. It has resolved almost 6,339 issues in comparison to the last version 1.12. This type of improvement has been obtained due to Never code collaboration.

It is a great integration and development tool used by Flutter app developers to resolve issues effectively.

Now, it is easy for the Flutter team to resolve bugs on time. Developers communities are capable of reducing the operative memory consumption and size of the apps. They even managed to improve the performance of all iOS apps by 50%-60%.

So, the community has an important role in Flutter’s development. If its supporters will be increased, it can be easy for newcomers to learn and find Flutter app development service providers for those who are interested to invest in new projects.

By using the Flutter app development tool, you can control the entire pixel on the screen. This is because it moves everything from themes, animation, gestures, widgets that render in a single framework.

Flutter has the immense ability to empower both Android and iOS app development using a single source code. It has all set of qualities that fasten the development process. To make it a more developer-friendly framework, Google is continuously adding new features to it.

There are multiple reasons why professionals think that Flutter is the evident leader of mobile apps in the upcoming future. The organizational benefits of Flutter are considerable.

It has made it easy for companies to get their products fast into the market, minimize costs, and target more customers at once.

Are you planning to develop your mobile app with flutter cross platforms, contact us our expert will help you.