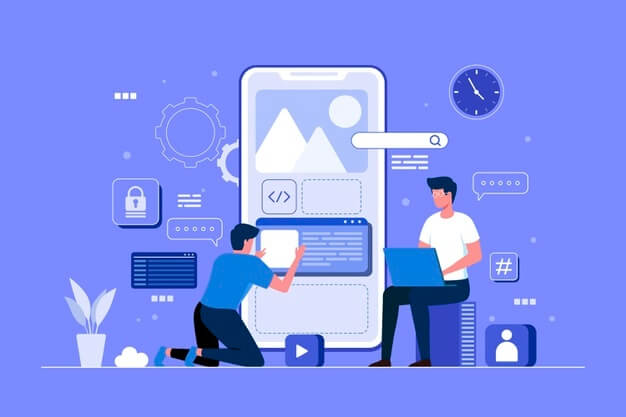 According to a report, 6 out of 10 small businesses are serving online. 47% of customers look for the online presence of the businesses from where they are planning to buy to check the reviews and recommendations.

In such a scenario the business can’t afford to lose its online presence on platforms like Apple App Store and Google Play Store. In a report by TrendForce, the global market share of mobile is valued at 1.39 billion in 2022, which will be a 3.8% yearly growth.

Business wants to penetrate deeper into the markets by developing highly intuitive and engaging mobile applications and increased revenue.

In today’s rapidly advancing technology, you need a strong Cross-Platform framework to develop a secure and user-friendly application.

Our many international clients demand cross-platform application development, as this helps them to get larger benefits in their business and helps them to save a large amount. 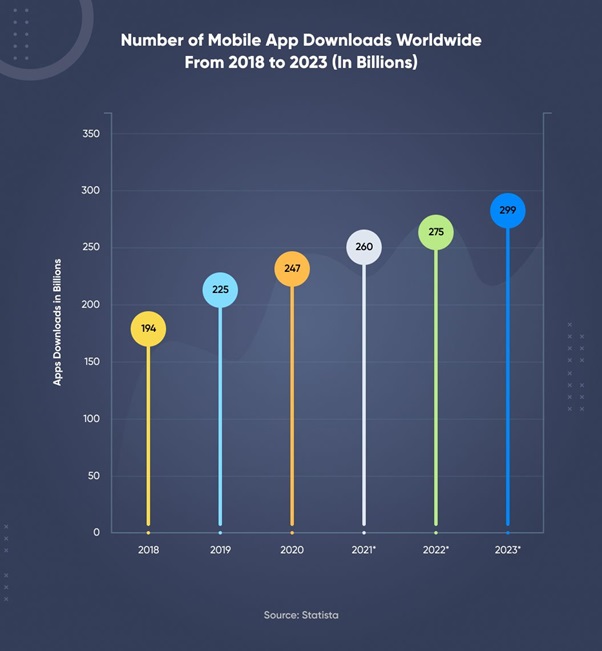 What is Cross-Platform Application Development?

A Cross-Platform Application development aims to create a single application that runs identically on various platforms. It uses platform-agnostic technology like HTML and CSS that helps businesses to cover many end devices at a very minimal price.

As there are two app-building approaches to develop mobile solutions, i.e. – Native and Hybrid/ Cross-Platform.

Both have their benefits and challenges that will be suitable for your project depending on your needs and scenario.

The Native development relies on the programming languages and tools that are designed particularly for one platform. These are designed for a particular device and operating system. 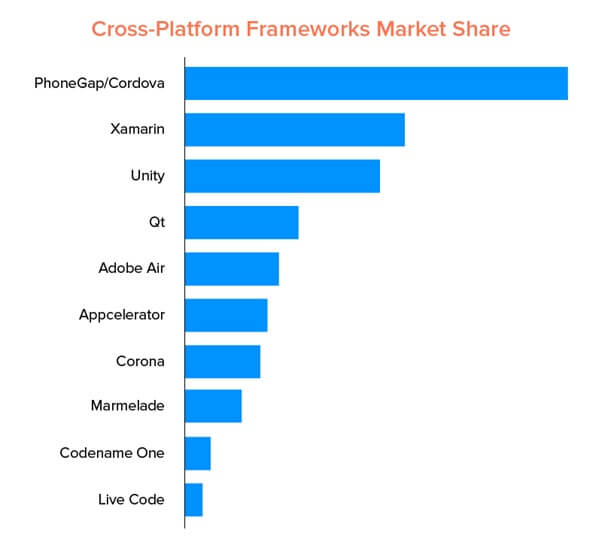 Whereas the Cross-Platform development aims to develop a single application that will run identically on various platforms. It ensures hassle-free implementation, affordable production, and robust functionality.

Mobile applications have become an important element in growing your business. It is because of the growing number in the digital customer base. With mobile applications, businesses can grow rapidly by developing an instant connection with the target customers.

We at Andolasoft are experts in developing cross-platform applications in platforms like Flutter, Xamarin, PhoneGap, and more.

We have worked with many customers in various domains such as retail, hospitality, education, Fintech, and more. Our experienced mobile app developers convert your ideas into reality by using the latest tech stacks.

In this blog, I have listed the top 9 cross-platform app development frameworks that you can use in your business mobile application development.

Ionic is one of the best hybrid application frameworks because it bridges the properties that are in demand. It allows the developers to use a combination of languages, such as HTML5, CSS, Cordova, and JavaScript to access the native platform controllers. 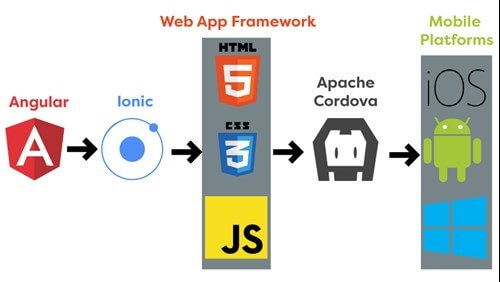 Are you looking for an Ionic developer

When you talk about a Cross-platform framework, it is difficult to not include React Native language. It is a framework, built on JavaScript. It is used to write neat code and gives a Native -like feel to your mobile application, which works easily on both iOS and Android. 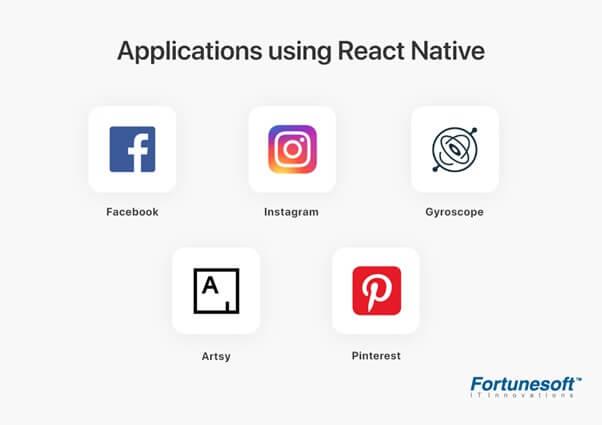 Are you looking for a React Native developer

Flutter framework has created a different image in the present-day market. As it is an Open-Source- cross- Platform app framework that was first released in May 2017 by Google.

Are you looking for a Flutter developer

Xamarin was developed as an independent platform, which was developed in the year 2011, before being acquired by Microsoft. As it is an Open- Source Cross-Platform applications framework that has characteristics that make it unique from other applications.

Are you looking for a Xamarin developer

It is an open-source environment that supports the development of server-side and scalable networking applications.

It automatically moves on to another API after calling it, which works as a notification mechanism for NodeJS. It allows the server to get a response from the previous API.

Are you looking for a NodeJS developer

PhoneGap (Cordova) is an impeccable cross-platform framework used for mobile application development. It uses HTML5, CSS and JavaScript. It offers cloud solutions to developers by providing them the choice for sharing the application in the development process to get feedback from many other developers.

Are you looking for a PhoneGap developer

Appcelerator Titanium is an Open-Source Cross-Platform application native app development framework. It was developed in 2008. Its core features are, it includes API to access native UI, many device functionalities, and MVC framework functionality. 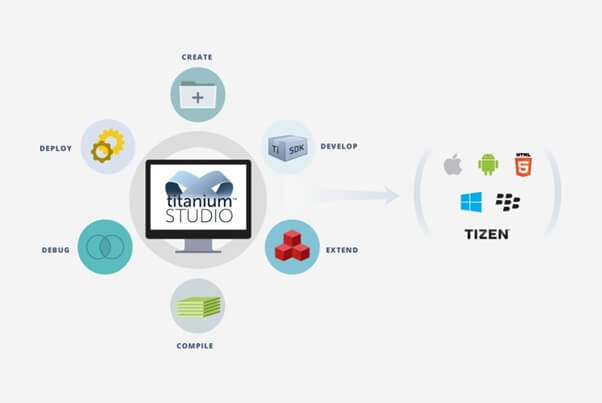 Are you looking for an Appcelerator developer

The Sencha Touch helps to accelerate the hardware techniques. If you are looking for inbuilt Cordova integrations, then the Sencha touch cross-platform application works best. 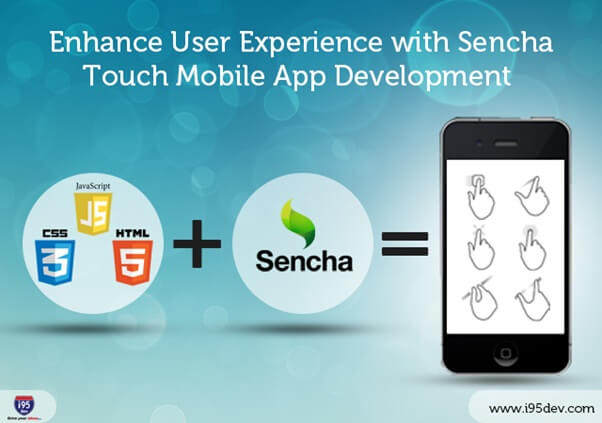 Are you looking for a Sencha developer

If you want to develop immaculate two-dimensional mobile applications for various leading platforms, then Corona SDK is the right choice. It is an open-source- cross-platform application framework that renders 10X faster mobile games and better application development services.

The above-mentioned list defines the top cross-platform application frameworks, which play a vital role in redefining your app development process.

I think now it will lot easier for you to choose the right platform for your application development after knowing the top ten cross-platform frameworks features.

Share your comments below if you have more information on cross-platform application frameworks.