Companies eager to build their own mobile apps. However they have to figure out app development frameworks taking into account device integrations and access methods when choosing the type of Mobile App to develop and deliver. As the Internet of things is evolving in the connected world at an enormous pace. IoT has completely revolutionized the industrial sectors and is gaining momentum in the consumer appliances market. It has led to a speculation of how IoT will become an important part in our daily lives in the future. It has led to growth in the mobile web app.

One has to be very thorough when deciding on what kind of apps organisations plan to deliver: native, web or hybrid in a specific mobile device that can leverage the rich feature advantages. 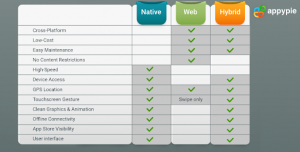 Building a native application always results in the best user experience. Mobile OS makers want to make sure that the apps developers write in the native languages can take advantage of all the latest OS features and perform at their best.

Native mobile apps  are built for a particular platform and are written in the languages that are accepted by several platforms.

Both Apple and Google provide app developers with their own development  tools, interface elements and SDK. Most companies invest in the native mobile app development as it provides numerous benefits in comparison to other types of application.

Companies that have no prior experience with mobile development may be hesitant to have their developers learn separate languages to write apps for both Apple iOS and Google Android, however, because of the extra effort required to support multiple OSes.

Developers can write Web apps with more familiar Web technologies, such as HTML5, CSS and JavaScript . One version of a Web app can run on multiple mobile OSes. But Web apps can’t take advantage of all the latest OS features — some of the most unique and important traits that make mobile apps so valuable.

A browser offers more information than a web app can display. Hence the web apps provide website content that helps to improve functionality. A web app loads browsers such as safari, Chrome, and FireFox, and doesn’t have to be downloaded from app stores like native mobile apps. The browser based apps don’t take storage of the user’s device.

Furthermore, Web apps are just less convenient than native apps. Users have to remember how to navigate them but still require different management processes than other apps. For all these reasons, mobile browser-based Web apps have limited use cases in the enterprise.

Hybrid apps are Web apps that run inside of a native app shell. Conceptually, this approach brings the best of both worlds. Developers can write the core logic of the app in a Web-based language that’s portable across multiple mobile platforms, and the shell can use native code to interact with the device’s unique features. As a result, IT can manage and deploy a hybrid app just like any other native app.

The hybrid app concept is popular but can have drawbacks as well. Using one code base for multiple OSes means that developers have to make some compromises. For example, iOS doesn’t have full near-field communications support, and Android and iOS apps have different navigation conventions.

In some cases, with all the extra effort needed to make the “write once, deploy anywhere” concept actually work on multiple platforms, it can be easier to just invest in native app development after all.

To some developers, hybrid and web apps are good enough for enterprise apps. But, user experience is more important these days, and apps should take advantage of the native features a mobile OS offers. But different apps and situations call for different development approaches and considerations.

Selecting the right mobile platform is key for enterprises looking to deliver rich mobile experiences to employees and customers.

Native may be the way to go for organisations with plans for high performing apps that require low-latency access to hardware.

Hybrid is the way to go for enterprises that wish to deliver an app across many devices but also take advantage of features that a purely web app cannot give them.

Things are bound to go more mobile in the near future and with the rise of the Internet of Things, we will have to re-imagine life and technology, as we know it.

In that sense, cross-platform mobile development is a reality that developers need to accept and the choice of the right mobile application framework can help you.

Are you planning to develop your application, then you can connect to us. At Andolasoft, our dedicated developers are expertise in developing applications using various programming languages. 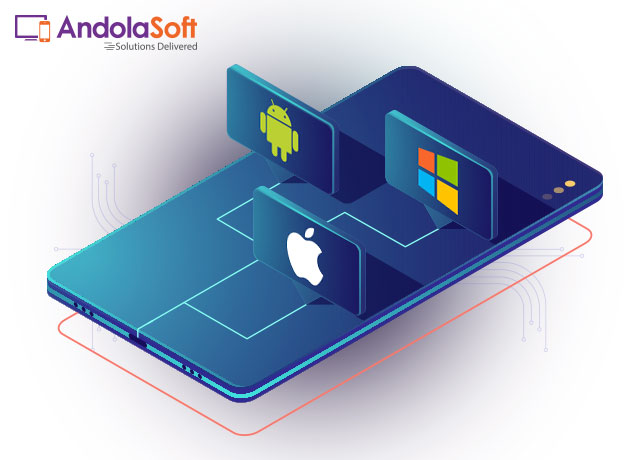 Top 6 Reasons for Native Mobile App for Your Business 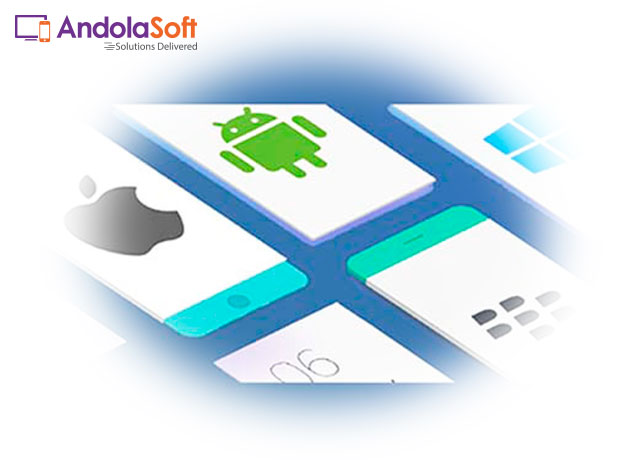