As of 2015, more than 100 billion mobile apps have been downloaded from the Apple App Store. Mobile experts believe that there will be a 30% – 40% increase in this number by the end of 2016.

Explore the dynamics of mobile media consumption, audiences, and user habits to understand what’s behind this surge in mobile activity, and how mobile app developer, publishers and advertisers can take advantage.

It’s now a question of using the statistics to understand how consumers behave when using different types of mobile applications and devices with their preferences, as shown in the figure below. 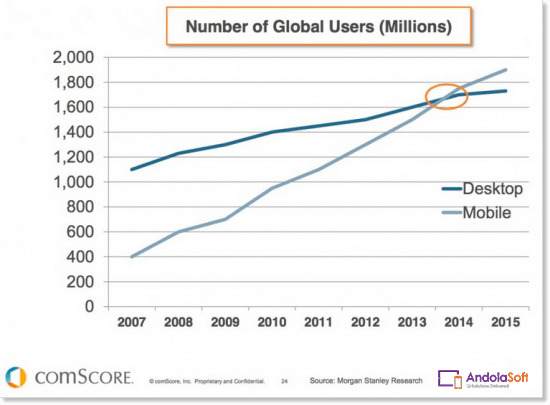 Let’s take a look at the graph below to understand the rise in consumer and company acceptance of mobile apps. The exploding 332% increase in growth of personalized app downloading (in 2015) makes it clear that app structuring and engagement in 2016 is going take giant and phenomenal figure. 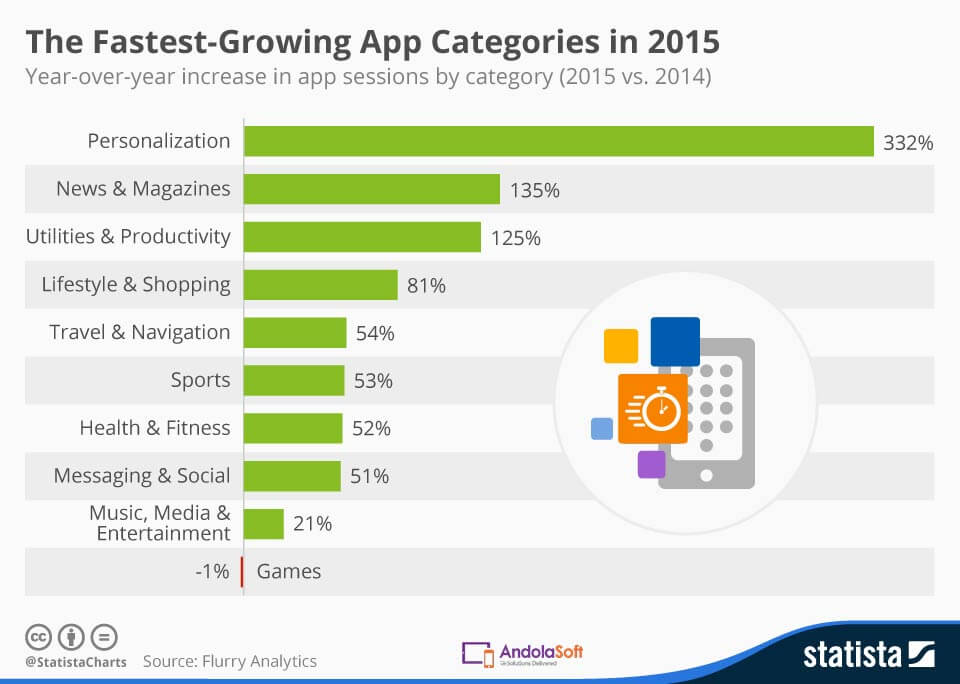 Last, but not least, there is still advertising to be done on mobile devices — and lots of it. In fact, according to eMarketer, mobile ad spend will touch $100 billion worldwide by 2016.

Andolasoft is an invaluable partner for us a startup. The team is great to work with and the projects are delivered in a timely fashion. I know that I can rely on Andolasoft for future projects because of the depth of resources/skills that they offer.

Our experts’ @Andolasoft can help you to deliver smart solutions for your business that standout in the market.

Top Apps That Every Business Owners Should Know About