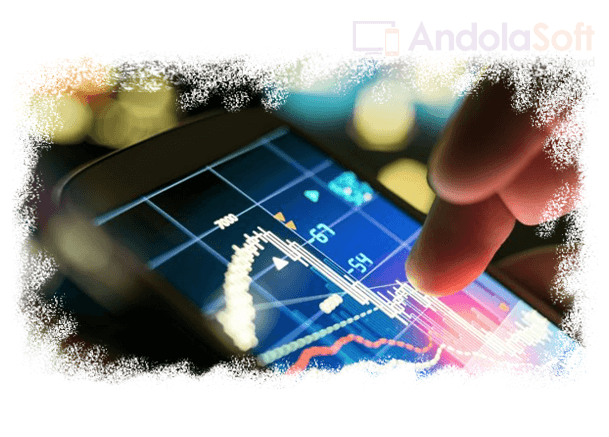 Blockchain technology is one of the modern-day secured technologies and is now applied in mobile app development. It has been streamlined in the mobile development industry to ensure that clients get the best, convenient, and secure transactions.

What makes the transaction more secure is how data is encrypted into a safe mesh. In this article, we are going to explore the importance of blockchain technology in mobile development.

Today numerous companies have adopted blockchain technology in their management systems. HTC abs Facebook are some of them. Its use will increase in the future since it’s also used in supply chain management.

Numerous benefits come with mobile apps that offer blockchain solutions to their clients. With blockchain technology, your apps will have:

Its developers are not quitting there; they are working on other ways to use blockchain, and in the future, it will be used in multiple domains such as finance, supply chain, and other sectors of the economy.

It will play a vital role in Decentralized mobile apps. As a mobile developer, you can get clients from any sector seeking to secure their transactions and data sharing processes.

Logistics, real estate, and health care services are some of them.

The greatest gain in using blockchain technology in building mobile apps is its enhanced security features.

It’s cryptography techniques are advanced, making it safe and secure when handling transactions using your phone.

Basically, blockchain is made up of interconnected blocks with all the information about a particular transaction. These blocks also provide timestamps to other blocks.

What makes it difficult to alter any block is that all the data is encoded and saved using a cryptographic hash. Security in mobile apps is also increased using high-level encryption and cryptography, benefiting both the mobile developer and the client seeking mobile development.

Besides enhancing the security of mobile apps, blockchain also enhances the reliability of mobile applications. Blockchain has a reliable infrastructure, that is why many companies are benefiting from it.

Copies of data are replicated across multiple devices in different locations thanks to blockchain nodes distributed worldwide.

Chances of blockchain crashing are minimal due to its decentralization. Data and blocks are processed in different locations, making it reliable.

Since all blockchain records all transactions in public ledger, it makes it easier for anyone to track transactions wherever and however they want.

This makes it quite transparent, and users don’t need to worry about fraudulent transactions and scams. The whole system is incorruptible and fully scalable.

This means that mobile apps that use blockchain technology can easily increase the number of users to meet their requirements.

4. Things are Kept Simple with Blockchain

Developing and maintaining apps that use blockchain technology is complex and time-consuming. Although developing a new blockchain is an uphill task, the implementation part of it is quite simple.

Mobile app developers have work cut out for them, since building a mobile-based blockchain app is easy. The cost of development and app maintenance since everything is catered to from the word go.

The tools are resources used to build blockchain are available. Therefore developers can easily access them and start developing apps quickly. Since the technology is open source, developers can contribute to making blockchain even better to improve its implementation.

Enterprises can benefit from this by giving directives on how they want their enterprise-level apps developed to suit their needs. In the future, blockchain technology will be used by government institutions and enterprises to store data that can’t be manipulated.

Since this data is viewed anywhere and anytime with anyone, it will make the information transparent and reliable.

Blockchain is powered by a network of computers that are decentralized, which is the ledger system. Data is synced and parsed collaboratively using these computers.

When change is made, it reflects all the computers holding the ledger. The system can decide to keep or neglect the change or changes depending on the nature of the change.

The distributed network of computers is used as servers for clients. The client is a mobile application in this case. The entire system becomes better when developers get more storage and enhanced data streaming.

Companies and businesses are looking to do ways to improve their transactions in terms of security, convenience, and reliability. That has prompted them to seek blockchain solutions because it provides all these features.

The technology has substantially improved and is now incorporated into mobile app development. There are numerous companies using blockchain in their apps, including Facebook, Coinbase, and Block. One. This is meant to make transactions fast and secure for both clients and these companies.

The beauty of using blockchain is that anyone can access information anytime, anywhere, using any device, making mobile apps built-in blockchain technology convenient.

Top Reasons Why IoT is the Future of Mobile App Development