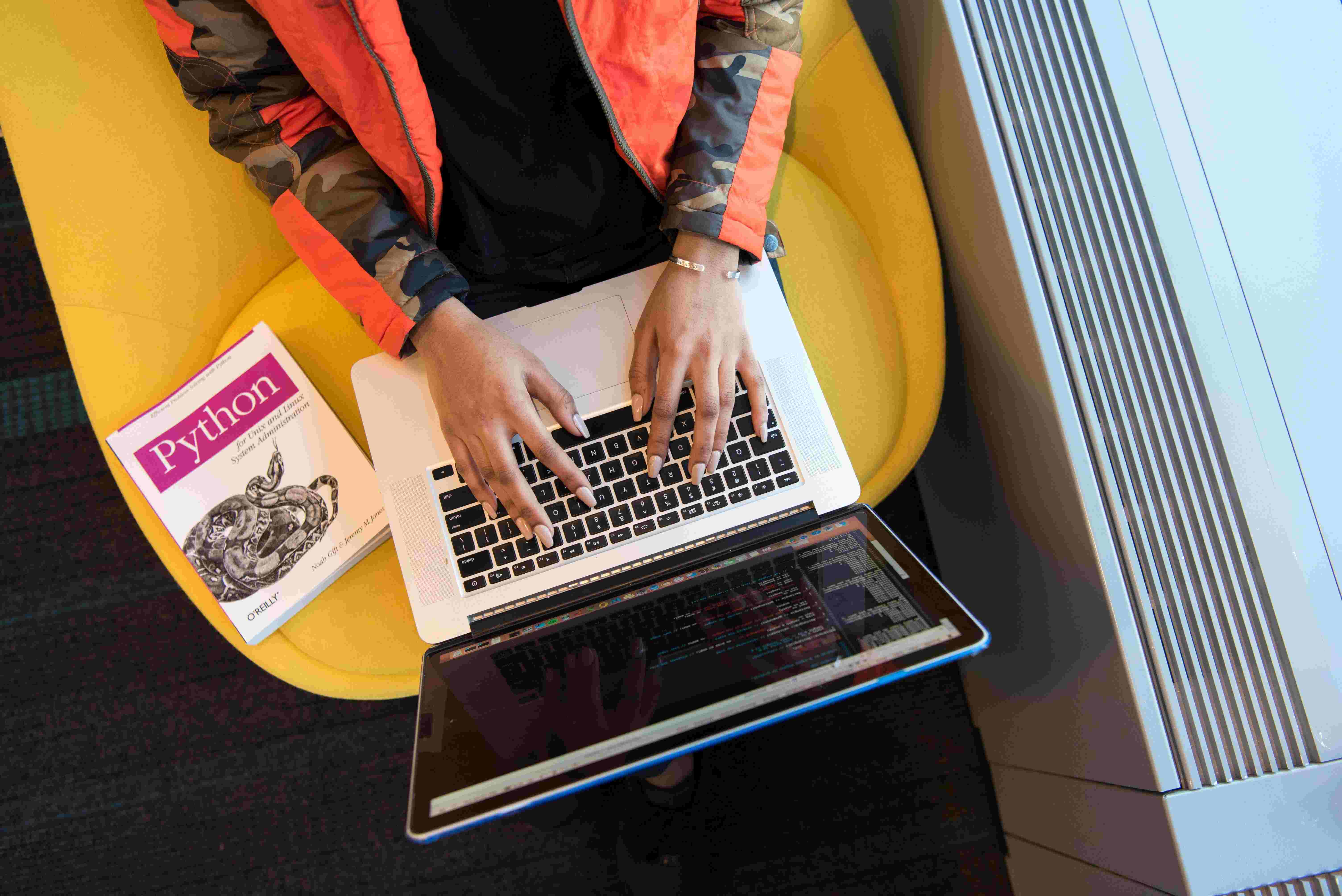 We all are aware about the usage of smartphones in our daily life. According to the journal of accountancy, we check our phones on an average for  86 times a day, at least for the millennial, for the rest of the population it varies. It is only because we are very much addicted to it.

Planning to develop your mobile application or website using python, but don’t have the idea about Which programming language is used to develop the application

Don’t worry we are here to help you.

We will guide you to choose the best language to use in order to develop your application.

App development using Python, will help you to develop an application that is adaptable, ubiquitous and reliable.

Python is a general coding language which implies not like HTML, CSS, and JavaScript but it may be used for different varieties of programming and package development besides web development.

It consists wide selection of modules and packages that permits program modularity and code employ. 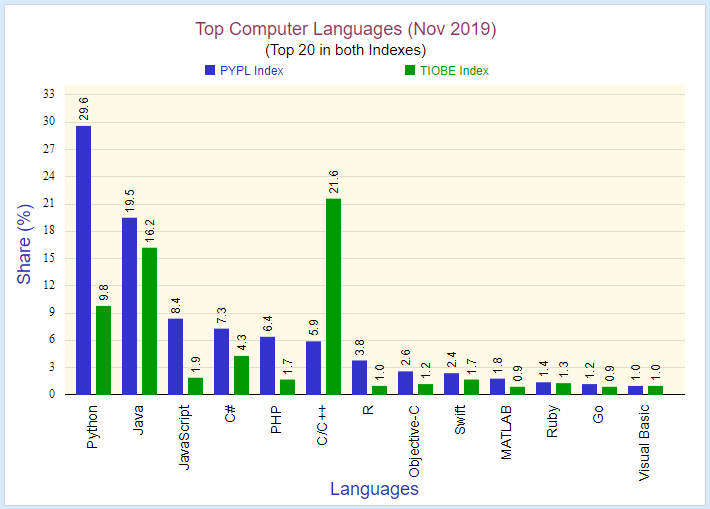 Why Python is Popular? 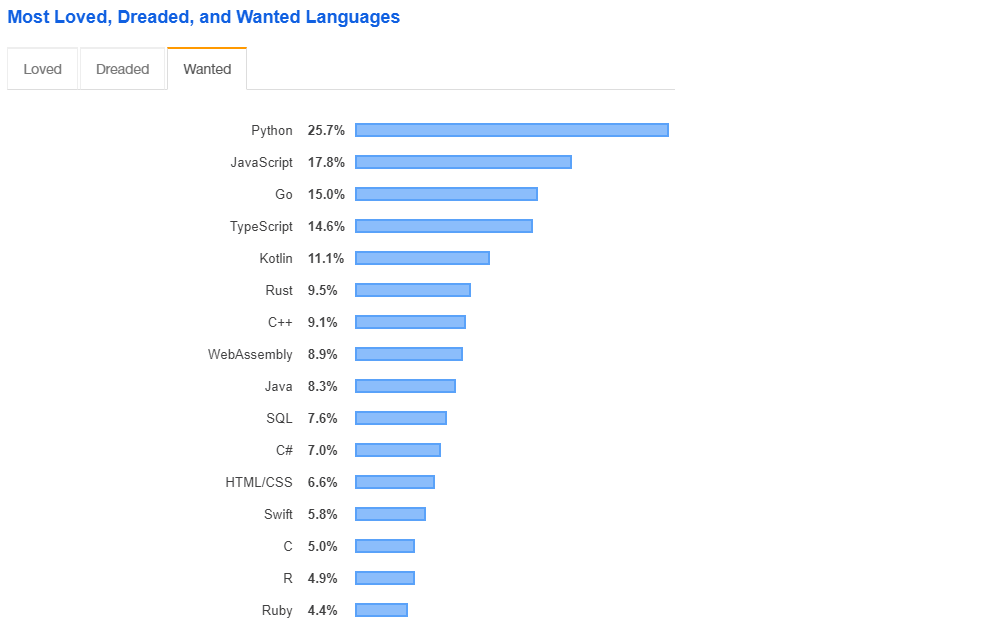 According to a review by stack overflow’s 2018 developer it was discovered that Python is the most adopted framework. More than 122,864 sites online are developed using this android language.

The code syntaxes are very simple and easy to learn by the developers. Also it uses English commands that makes it more efficient and easier to understand.

For example, take a look at the code you’d use to print the text “Hello World” on your screen using the programming language Java:

That’s a lot of code for such a simple function.

Now take a look at the same exercise written in Python code:

Like other programming languages Python also provides a way to handle the error exception using try, except syntaxes

#this will throw an exception if the file doesn’t exist.

Many of the programming languages use brackets to define their code block, but Python’s interpreter uses indentation process to define the code blocks. So the developers have to be very careful with the white spaces in their code base which can break the application.

Python programming language is not using semicolon to end the line. A new code line is enough to detect a new code syntax.

Python uses variables to store data such as string, number and other information’s for manipulation work.

The platform is mostly utilized for data analysis, DevOps tasks and web development.

If you are choosing Python in web development, then you are coming across the variety of Python frameworks that empower the developers to get more with less coding. Some of these frameworks are:

Why is Python good for web development?

Python continues to be one of the most popular languages from many years. According to TIOBE, Python is ranked among the top programming languages. Built With states that there are almost a million websites that use Python. 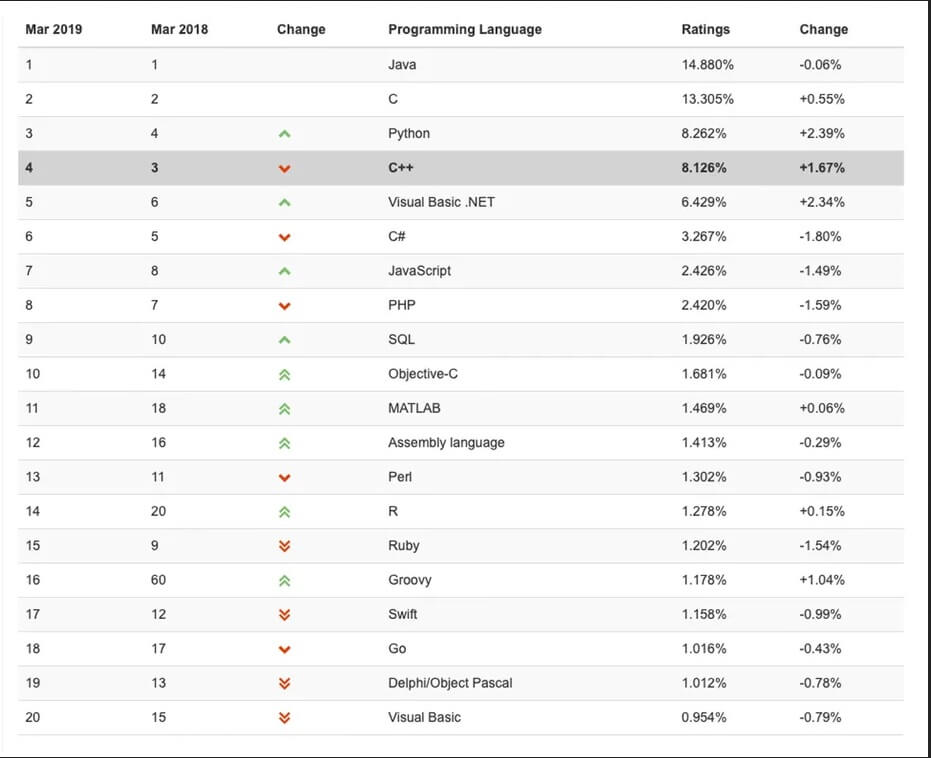 Python is valued equally among startups such as Finance Strategists, mid-size companies such as EP Wealth, blue chip companies like Google, Quora, Netflix, and Spotify, and government organizations like NASA. Yet few people know why Python is one of the top programming languages for website development. So why has it gained great popularity and interest among startup founders?

Python is powerful, and it may be used for virtually something. Initial and foremost, it may be used for all the world as a result of it offers several options by default, with normal libraries that cowl nearly any programming task.

2. Plays well with others

4. Friendly and easy to learn

Python is considered a highly effective way of coding because of its simple syntax and readability. Python is an easy-to-learn language, and thus there’s a large enough talent pool.

Python is an open-source language administered and supported by an independent nonprofit foundation: the Python Software Foundation. One of the major advantages of open-source software is that it’s free to use, modify, and distribute.

Python is a multi-purpose language and can be used to build practically anything. Companies around the world use Python for artificial intelligence and machine learning, website development, scientific and numerical computing, gaming, and many other uses.

Companies like Google, Facebook, and Dropbox tare using Python in one form or another for its flexibility, scalability, performance, and rapid development. Python is often compared to other programming languages. Below, we briefly compare the most common alternatives to Python: Java, PHP, and Ruby. 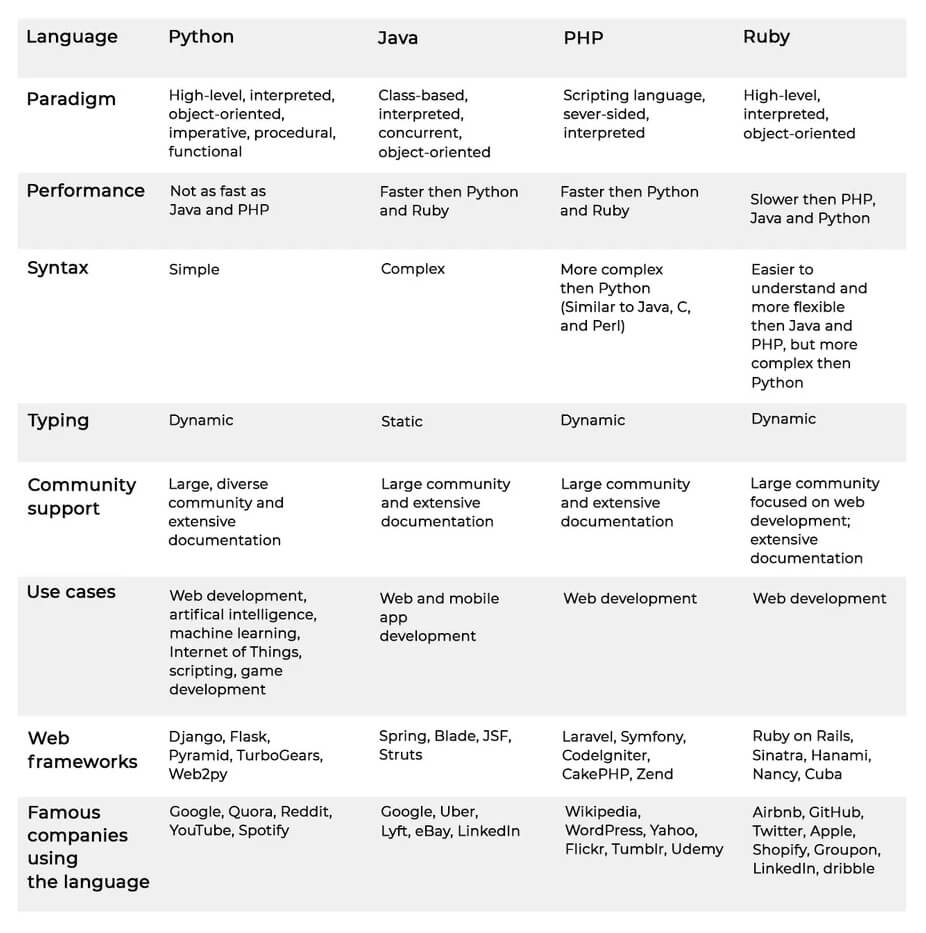 Python is a high level programming language comes with a variety of standard library that covers many areas such as string processing, internet protocols and operating system interfaces.

Should I use Python 2 or Python 3?

Python has many versions but the main comparison is Python 2 and Python 3. Initially Python 3 was released December 2008 in order to rectify some fundamental flaws from Python 2.

The feature of Python 3 was “reduce feature duplication by removing old ways of doing things.”

What are the best Python IDEs?

There are many IDEs available in market but we are looking for an IDE that is dedicated towards Python development work. Some of the popular IDEs names are as below

Web application development using python is more demanding in the present time because of its simplicity. Python web development has a very low entry threshold, but it is an extremely powerful programming language with numerous capabilities.

You can safely use it for development because of its highly active community and built-in frameworks. With Python, you can reduce the bounce rates of your website and speed up the page loading times. It makes your website loading time faster which helps the visitors to feel they are in a modern website.

Are you looking for Python development services? We have a team of experienced Python web application developer who can help you.

Get in touch with Andolasoft Python developers for free consultation.

Why PHP Web Development Is Top Priority For Developers