Flutter is one of the most dynamic and popular product that was developed by Google in the year of 2017. In the year of 2018 Flutter was introduced to mobile app developers and from there it received huge response and popularity for its ability to develop feature-rich app interfaces. It also manages to gather huge community in a very short period of time.

Flutter is a great tool from Google for creating cross-platform applications which – starting from the newest stable version – can be deployed to the web, desktop, and mobile.

Google is encouraging the Flutter as a better and easy to learn framework that allows developers to create quality maintainable solutions.  Easy, it is just the next cross-platform framework.

Flutter is basically an open source UI development kit to develop cross platforms apps from a single code base. The earlier version of Flutter was known as codename “Sky” and first ran on the Android operating system. It used Dart language and at the 2015. Dart developer summit with the stated intent of being able to render consistently at 120 frames per second. Google announced Flutter Release Preview 2, which is the last big release before Flutter 1.0. On December 4, 2018. Flutter 1.0 was released at the Flutter Live event, denoting the first “stable” version of the Framework. On December 11, 2019, Flutter 1.12 was released at the Flutter Interactive event. 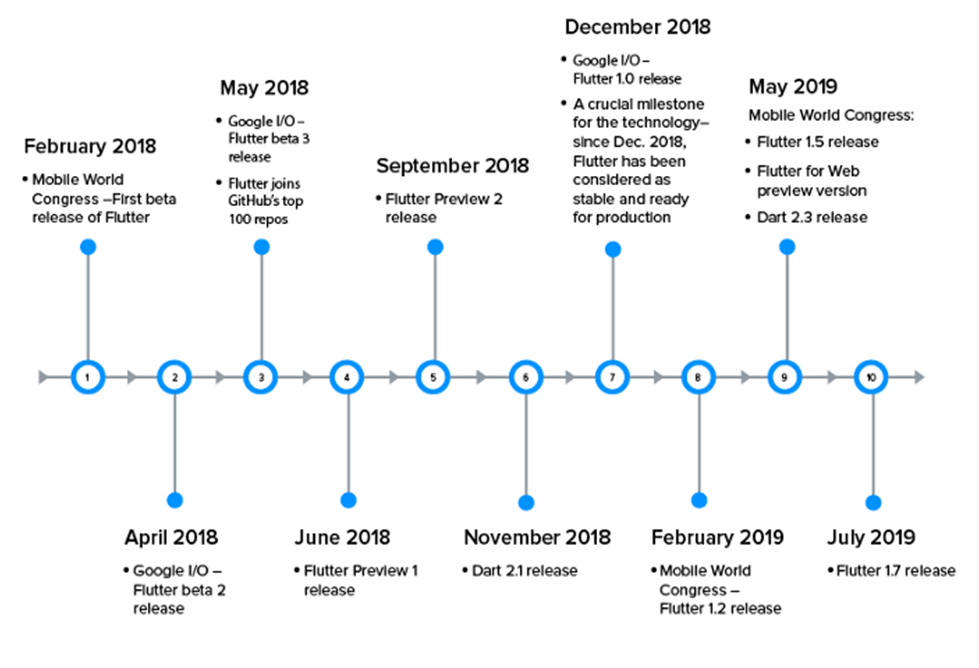 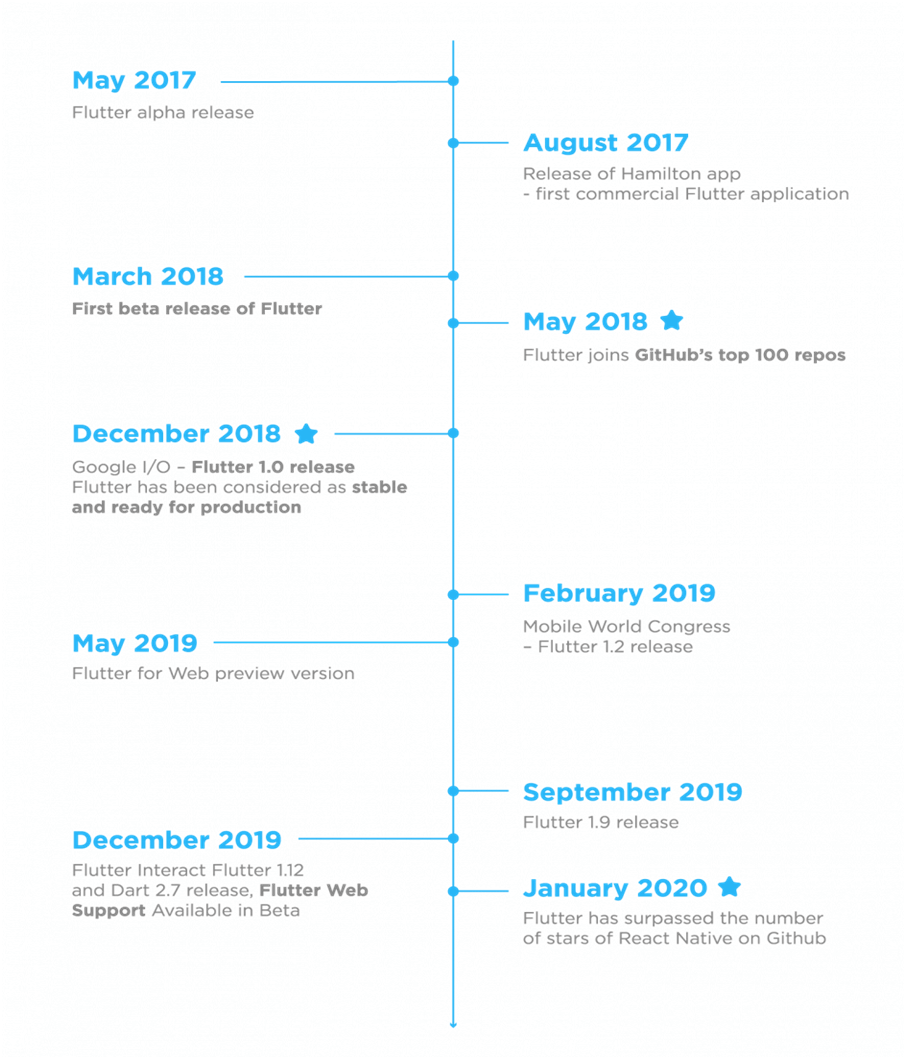 Why is Flutter the best Cross-Platform Technology?

We all know Flutter is developed by Google and used Dart programming language for its development work. Because of Dart language developers love Flutter. Dart has ahead of Time Complied to fast, predictable, native code, which allows Flutter to be written in Dart.

Flutter’s Dart language is strictly types and object oriented in nature. In Flutter, the programming style is declarative and reactive.

Also Flutter has enough to showcase its reliance and efficiency. Apps like Google Ads, Reflectly, Alibaba, Hamilton, which we discussed, are the simple portrayal of Flutter’s ridiculous efficiency. These apps with millions of download and daily users, generating millions of queries per second, show the reason why these technology giants trusted Flutter with their apps.

Some Amazing Apps Made With Flutter

Flutter has many of a plethora of applications that are increasing in multiple folds each day with large enterprises trusting flutter for their large user base apps shows the amount of trust that Flutter offers.

Why Flutter Has Become A Trend in Application Development

Today most of the prominent platforms look forward towards considering the use of development packs that are reliable as well as successful in a viable and novel way. The flutter new version itself is quite a promising framework that aids in the development of cross-platform applications. Recent stats show that Flutter is preferred by over 2 million users along with half a billion developers.

Apps that are using Flutter framework make use of all available features that are offered by framework concerning all of its libraries and components. Such a precise plan using restriction can be easily manipulated to develop any robust UI interface design.

The main point of focus for using Flutter framework because of its flawless features that allow the developers to view the significant progressions made within a shorter time frame. Developers can also see the progressions of test systems, equipment, and emulators.

3. Specific Use for Cross Development Platform

Flutter app development services also allow the developers to develop flutter app that can be easily created, accumulated, coded and used on various platforms. A system like this could potentially come up with a single codebase that could cater to both IOS as well as Android development.

Flutter is continuing to see fast growth in its usage with over more than 2 million developers in the last 3 years from its release. Despite of unprecedented circumstances, in March there was 10% month-over-month growth, with nearly half a million developers now using Flutter each month.

The Future of Flutter

The increasing popularity of Flutter framework telling that more and more mobile app developers are showing their interests towards Flutter. Also Flutter community is working hard to polish the framework which is already putting flutter ahead in the race. Over 2 million developers have used Flutter in the last 2 years of its release and it’s constantly growing. In these unprecedented conditions, Google saw 10% month over month growth in March, making it nearly a half a million developers using Flutter every month. 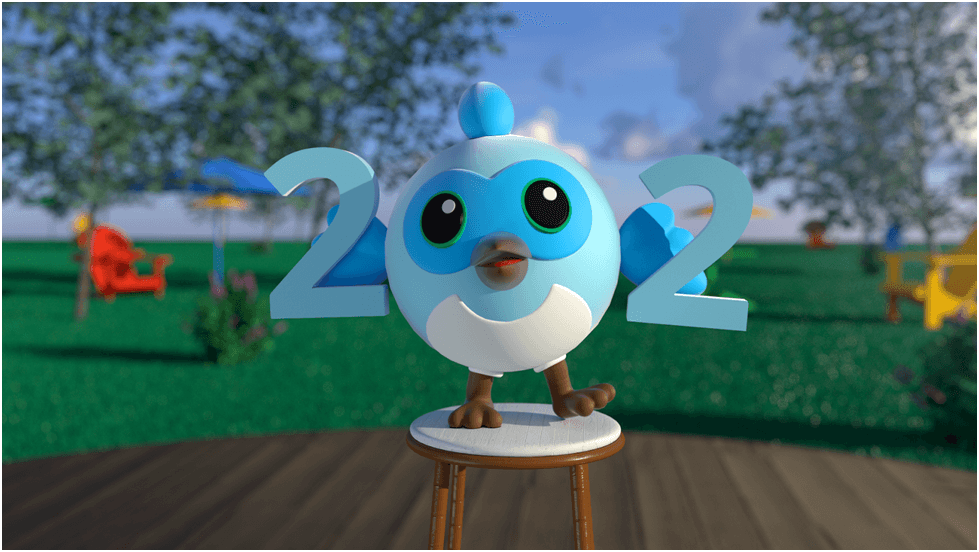 Flutter 2.2 is the best version of Flutter yet, with updates that make it easier than ever for developers to monetize their apps through in-app purchases, payments and ads.  Flutter API and cloud services extend apps to support new capabilities. With tooling language features Flutter allows developers to eliminate the whole class of errors, increase app performance and reduce package size.

Google continues to be the primary contributor to the Flutter project; we’re delighted to see the growth of the broader ecosystem around Flutter.

Who will use Flutter?

What kinds of apps can develop with Flutter?

Flutter is different from other framework because of its UI widget. It used its own high rendering performance engine to draw the widgets. Its uses Dart language which is easy to learn and implement. This gives developers tremendous control over the system

Is Flutter back-end or front-end?

Flutter is basically the quickest framework to develop cross-platform mobile application. Flutter has bright future and huge opportunities for developers. The risk factor is also very less here compared to other cross-platform.

App development made faster with enormous UI customization potential and separate rendering engine. It is also suitable for any target platforms.  So, if you are inspired with Flutter, you can choose this as your next development framework and we are here to help you. Let’s discuss 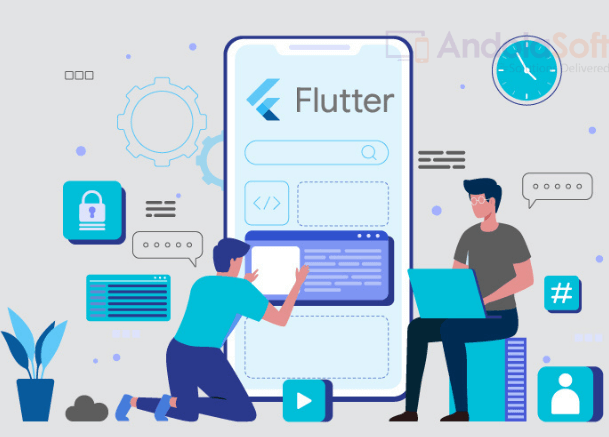 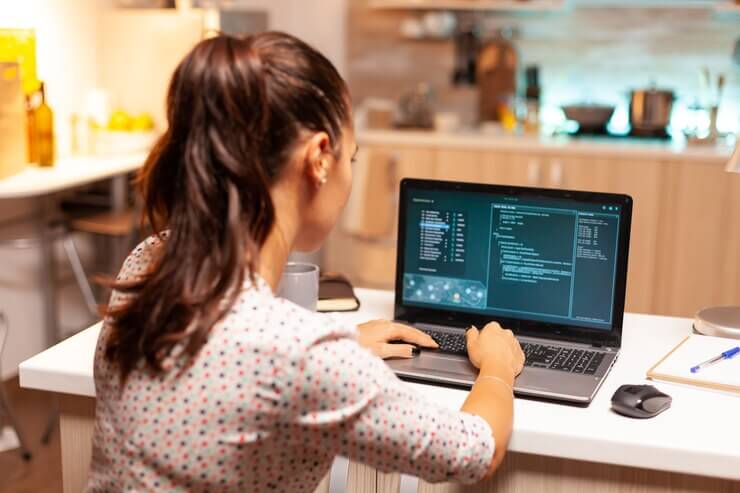 An Introduction To BuildContext In Flutter and It’s Importance?